Home » Linear Bearings and Slides » What is a Linear Actuator Motor?
× Share this Article

What is a Linear Actuator Motor?

In this blog post, we'll answer that question, touch upon the basics of how to select a motor to go with your linear application, and cover how this type of motor functions.

What is an actuator?

The term “actuator” comes from the word “actuate,” which means to operate. An actuator “operates” by taking its electrical energy source and signal input, then translating those into some form of motion. That motion can be either rotational or linear.

The types of actions an actuator can take include the following:

What is a linear actuator?

A linear actuator is a machine that translates its motor’s rotational motion into linear motion. This type of actuator moves a load of some kind from one point on a straight line to another. There are a number of different types of linear actuators. In this post, motors for screw-driven linear actuators (as pictured below) will be discussed.

Fig. 1 A linear actuator with motor

What is a linear actuator motor?

A linear actuator motor is really just like any other actuator motor, but the difference is that this motor is part of a system that translates the motor’s mechanical energy into linear motion rather than rotary motion. Typically, DC motors are used for linear actuators because they’re less expensive than other options on the market.

How does a linear actuator motor translate its rotational motion into linear motion?

Fig. 2 A motor attached to a lead screw and nut

How does a DC motor function? What are its component parts?

A motor takes an electrical current and turns it into mechanical force by applying both principles of magnetic force and electromagnetism.

As we likely are familiar, opposite poles attract and like poles repel. Permanent magnets naturally have north and south poles; however, you can also create a magnet by putting wire around an iron core and running current through that wire. This kind of magnet is called an electromagnet.

An electromagnet is different from a permanent magnet in a few ways. First, because the magnetism is created by an electrical current, when that electrical current is stopped, the magnetism stops as well. Second, by changing the direction of the direct current, the poles of the electromagnet can be reversed – that is, south can become north and north can become south.

A motor applies these forces through a few component parts. The first part is the armature. The armature is the electromagnet, and at its most basic iteration, is shaped like a square with one side split into two separate strands. These strands are connected to a collar-like metal piece called a commutator. This part has gaps at both zero and 180 degrees.

The armature and commutator spin together rotationally. The connection to the direct current is done via brushes. These brushes are positioned on either side of the commutator and serve the function of transmitting the electrical current through to the armature.

The armature sits between two permanent magnets (called the stator) on either side. When the electric current is turned on, the armature becomes magnetized and will rotate to its poles’ natural orientations (like poles repel, opposites attract). The magic happens when the commutator rotates along with the armature. The brushes will hit the gap between the collared part and then the current will be directed up the other strand of the armature. The current reverses direction and, therefore, the poles will switch sides.

When the poles switch sides, the armature will then rotate to fix its poles’ orientations to match the permanent magnets. A motor’s operation is based on keeping poles continually destabilized, in order to maintain a continual rotation of the armature.

Watch this excellent animated video to see how a motor functions as per the above description.

How do you choose the right motor for your linear actuator?

Selecting the appropriate motor for your linear actuator involves considering a few variables, including linear actuator position (horizontal, on the side or vertical) as well as load, stroke length and speed. Other variables include drive type, whether that be lead screw, belt drive or rack. Lastly, you may need to consider a few product requirements, such as temperature, water resistance, underwater use, FDA compliance or stainless steel.

There are many detailed articles that describe multiple equations to be used to select a linear actuator motor. Another way of finding the right motor is to use an online configurator. igus® offers such a tool for linear actuators that are based on wear plastics. There are some limitations (because of the plastics) in terms of speed of rotation and load, but using this tool could get you started down the road of purchase.

Which DC motor would you choose for your application and why?

As mentioned earlier, DC motors are typically used for linear actuators because of their inexpensive nature. There are three types available: traditional DC motors (often referred to simply as DC motors), stepper motors and EC/BLDC motors. These are all rotary motors that require translation into linear motion. They are less expensive than their direct-drive counterparts (which are in most cases unnecessary) and they can handle most linear actuator applications.

The DC motor, which is a brushed motor, is the least expensive of all three DC motors suggested. However, at about 3,000 hours, the brushes usually wear out on these motors. 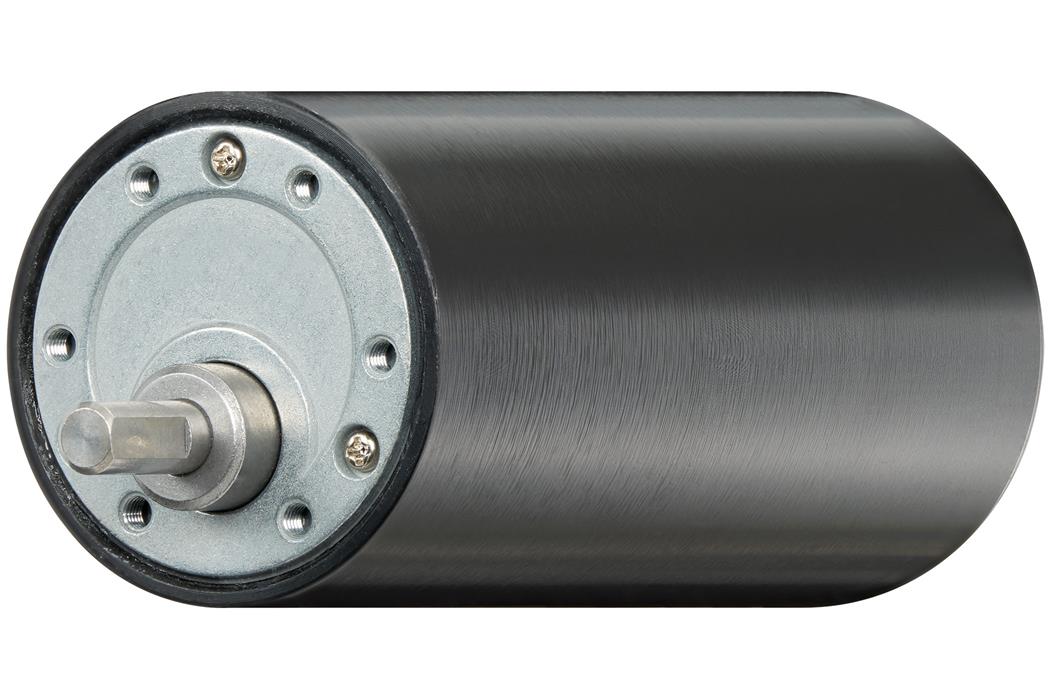 Why would you choose a stepper or an EC/BLDC motor?

The main difference between a brushed (DC motor) and brushless motor (stepper and EC/BLDC motors) is that the positioning of the permanent magnets and electromagnetic wires/armature is reversed. The current goes directly into the stator and activates electromagnetism in subsequently different parts of the stator (via embedded wires). The electromagnets and permanent magnets are continually off-balance, due to the switching of the activated wires around the rotor. This scenario creates the same rotating motion in the rotor as with the brushed DC motor.

Because they do not require brushes, however, stepper and EC/BLDC motors require less maintenance and last longer than traditional DC motors. Brushless motors are also generally more efficient due to the more direct nature of its current flow. 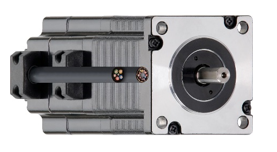 If the load for your application is going from point A to point B and does not require too much precision, an EC/BLDC motor should suffice. If you are looking for more stopping points and more precision, a stepper motor would be advised. 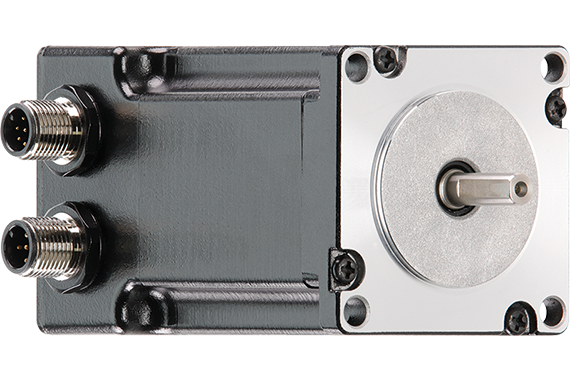 Stepper motors are differentiated by their intelligent motors. Because of the way the current runs through the motor, the component steps of the output of linear actuator movements can be counted. Stepper motors can output a number of positions in a line (A, B, C, D… etc) rather than just turn on and turn off at points A and B. This motor provides accurate positioning.

Stepper motors have intelligence as well as higher speeds and higher torque, but its complex motion capabilities come at a price. These motors are the more expensive of the brushless type of motors. Also, each stepper motor requires some kind of controller/drive/motor card. Multiple stepper motors and their motor cards require additional controllers to control and coordinate the cards.

What does NEMA mean?

NEMA stands for the National Electrical Manufacturers Association. It is a rating that defines the standards and sizes of its varying electronic units, including stepper motors. For example, a size NEMA 23 stepper motor refers to the fact that the motor’s mounting face is 2.3 square inches. The standards that NEMA sets help customers move from one manufacturer to another without any significant changes to mounting brackets and couplings, for example. However, motors that have the same NEMA rating may differ on certain metrics such as shaft length, flat presence and “number of lead wires or winding impedance” (Kordik, 2020).

Note that gearboxes can be purchased for all three types of motors – traditional DC motors, stepper motors and BLDC motors. Gearboxes, through a series of interconnected gears, reduce speed but increase torque. For example, for a stepper motor that produces a torque of 1nm and speed of 3,000rpm, the gearbox would transform those figures to 5nm and decrease the speed proportionally down to 600rpm.

What are some common applications of linear actuator motors? 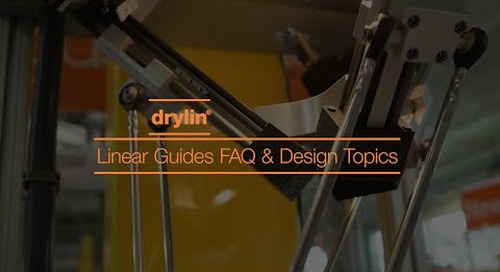 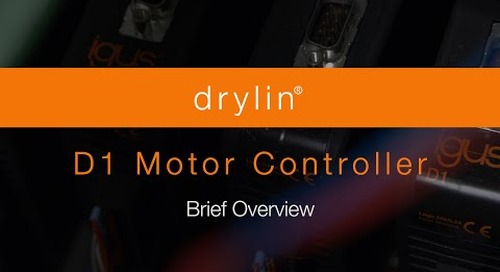 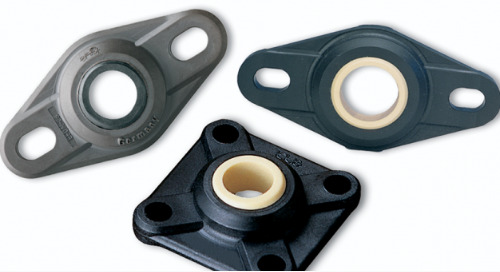 An Introduction to Self-Aligning Plain Bearings

Self-aligning refers to the fact that the bearing can handle various types of motion, such as tilting, oscillating and linear motion, not just axial in the case of a rotating shaft. 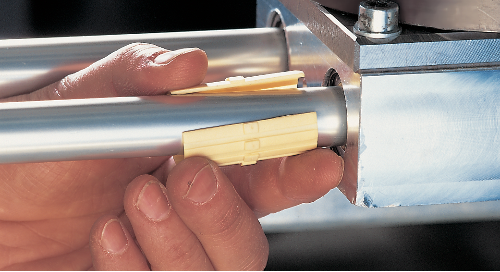 Which drylin® liner material is ideal for my application?

Choose the right liner material for your drylin® W or R system with the help of this brief overview of your options. 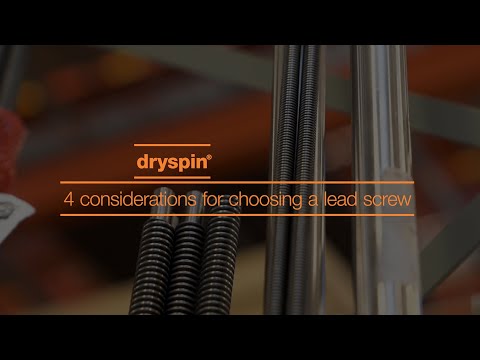 3:35
4 considerations when choosing a lead screw 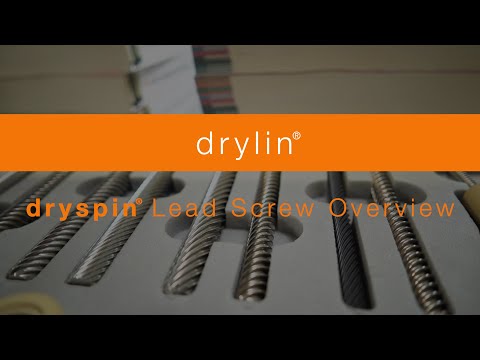 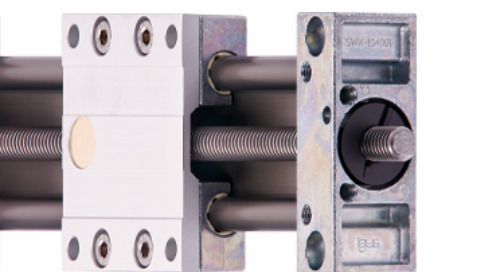 How to Make a Linear Actuator Move Faster 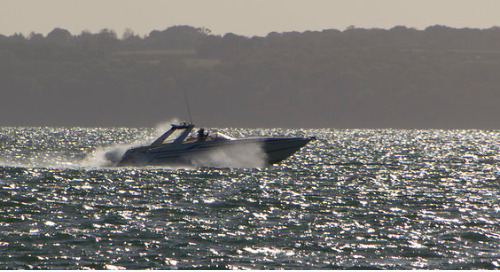 How Plastic Linear Bearings and Bushings Can Really Float Your Boat

The market for private watercraft is exploding. Take advantage of the opportunity by designing grease-free, corrosion-resistant systems for your powerboats. Here's how igus can help you do that. 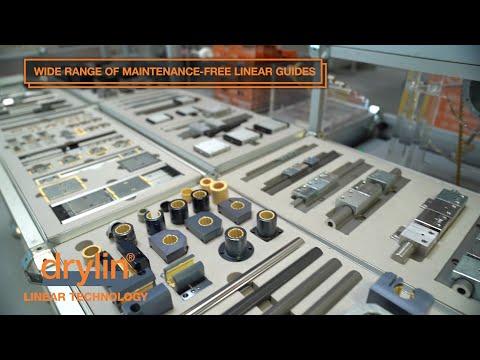 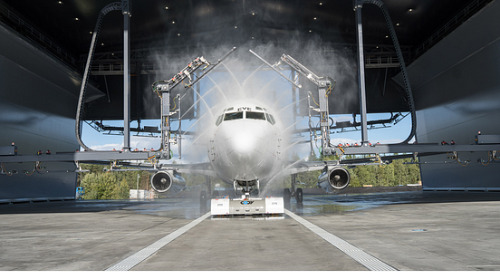 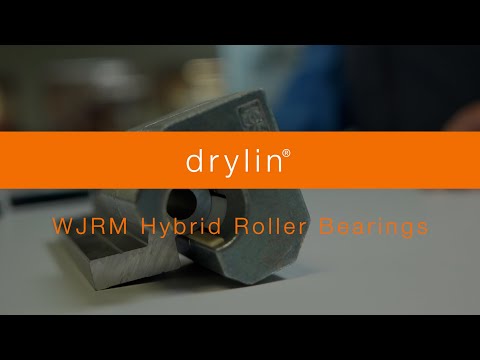 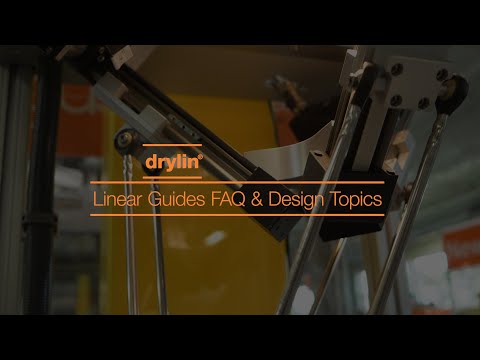 3:09
FAQ - When to use a linear plain bearing vs a recirculating ball bearing 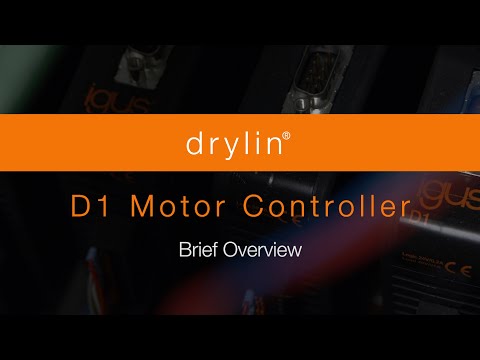 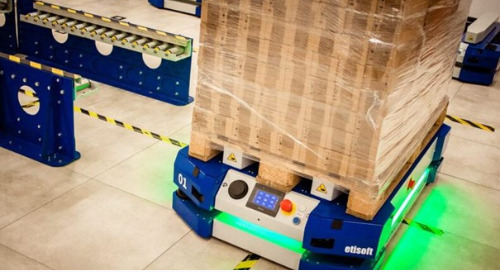 Designing a material handling robot? Read this blog post to learn how dry-tech components from igus can help yours run maintenance-free. 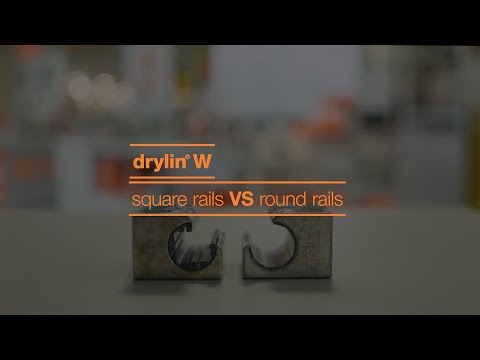 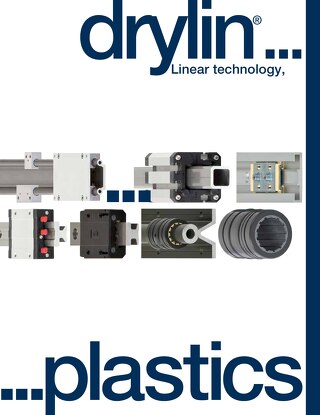 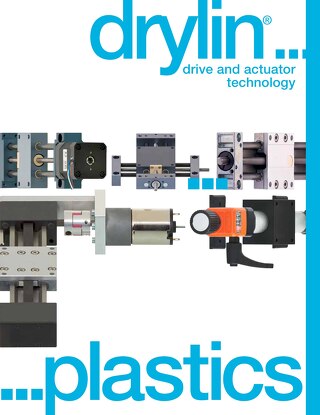 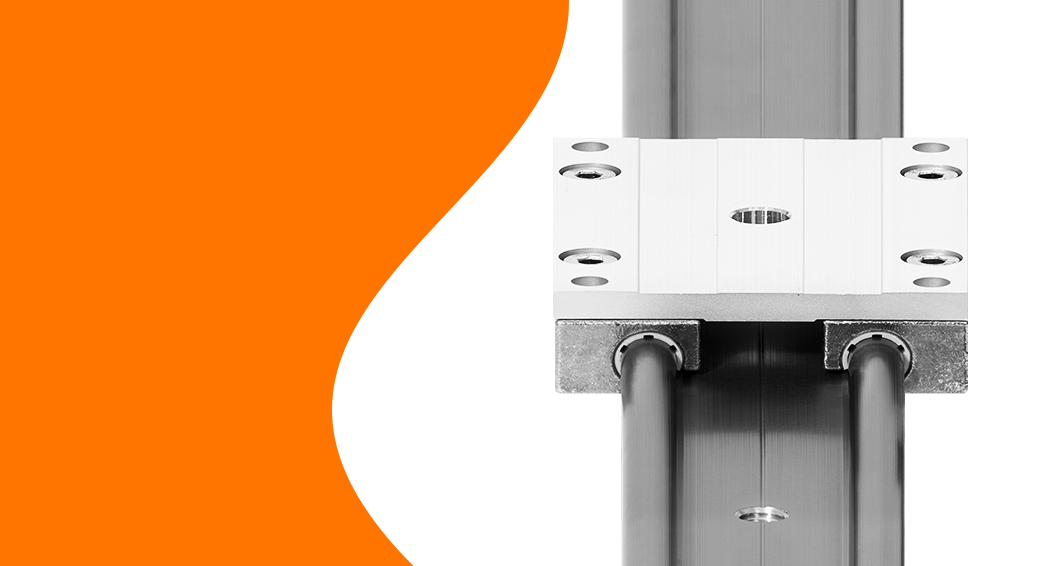 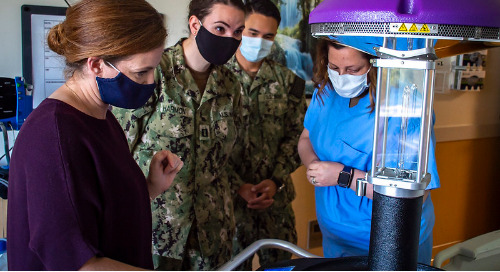 The COVID-19 pandemic has sparked an increase in demand for UV disinfection robots, but will the momentum keep up after things return back to normal? Find out here. 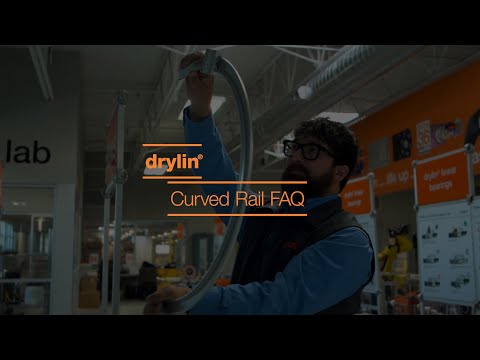 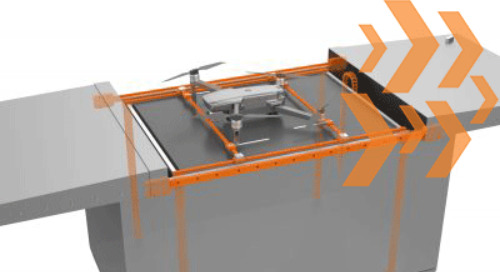 In this blog post, learn how you can design maintenance-free DIB systems with highly engineered plastic products from igus. 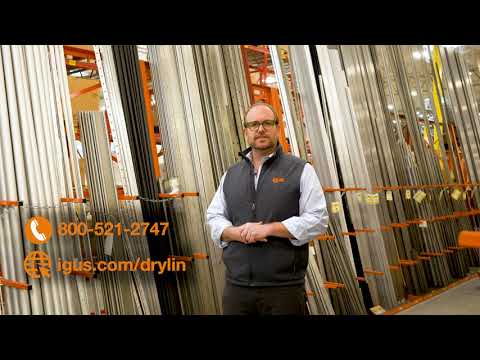 0:37
Maintenance free linear bearings, in stock and ready to ship