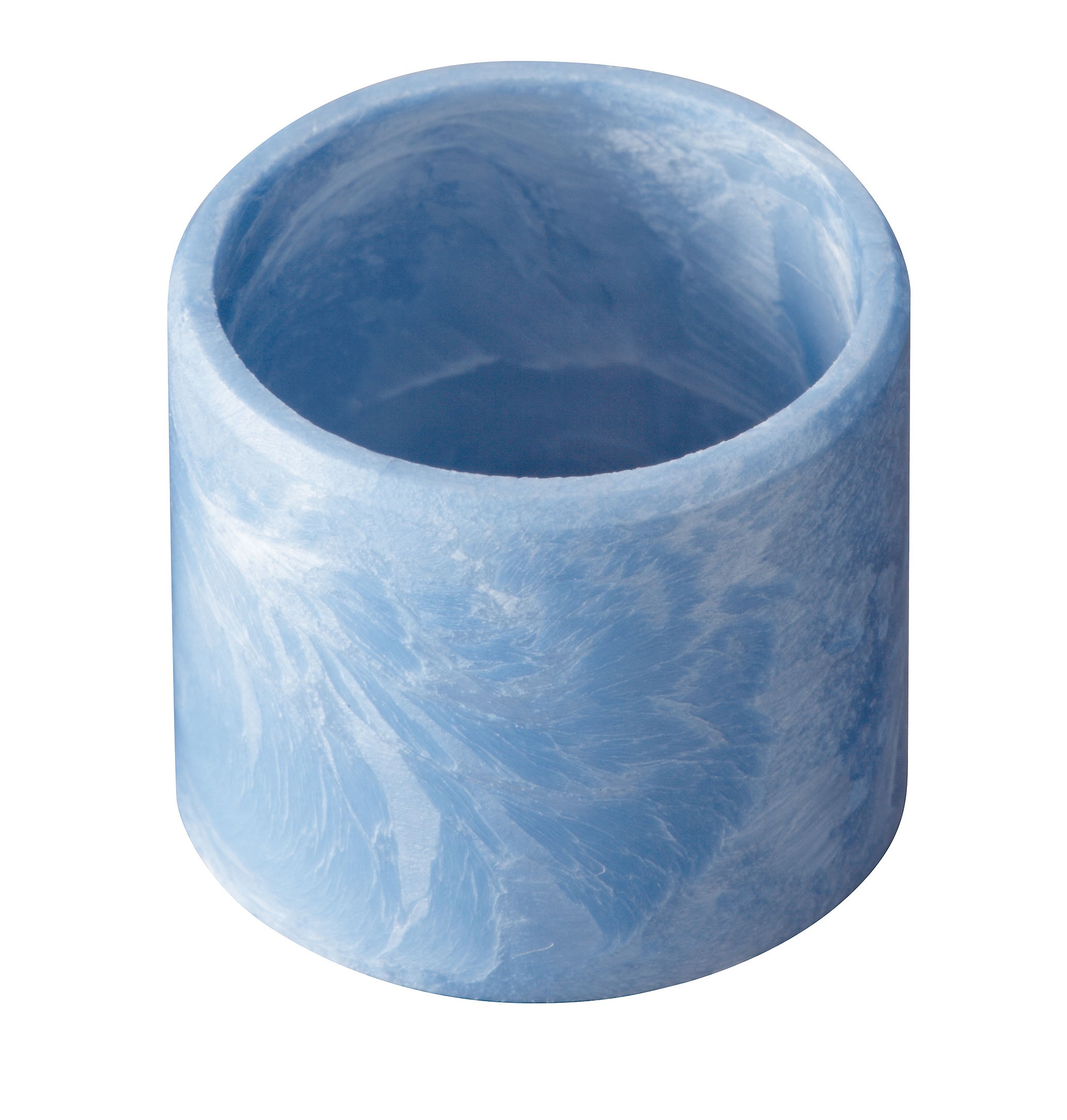 A seven-student team at the TU Darmstadt’s Electrical and Information Technology used the iglide® A350 plain bearing for the lock. The lock is screwed onto the bottle, and secure access is ensured via an app. The innovative lock won second place in Cosima, a prominent German student competition for microsystems. The Young Engineers Support (Y.E.S.) program at igus®, designed to foster mechanical design ideas of students, supported the project.

"We approached the Young Engineers Support from igus® with our project because we were looking for a bearing that has a low coefficient of friction and is resistant to acids and alcohol," said Ida Blum, a member of the product development team. "In addition, the bearing must withstand temperatures of up to 125 degrees Celsius due to the heating of the actuator. That's why we chose iglide® A350."

The safety device is, for the most part, 3D printed and consists of a housing which is placed over the lid of a cleaning agent bottle. It engages with a cover plate under the plastic ring of the bottle. Using a lever, the cover plate can be moved manually and the device can be secured.

The closing mechanism consists of an electro-thermal actuator. Its current feed heats and deforms so that the safety device opens and can be removed from the bottle. The actuator is attached to a pin. By turning the lever, the pin mounted with the iglide® plain bearing engages and prevents an unauthorized opening. The iglide® A350 bearing is also frequently used in food, medical and packaging industries. 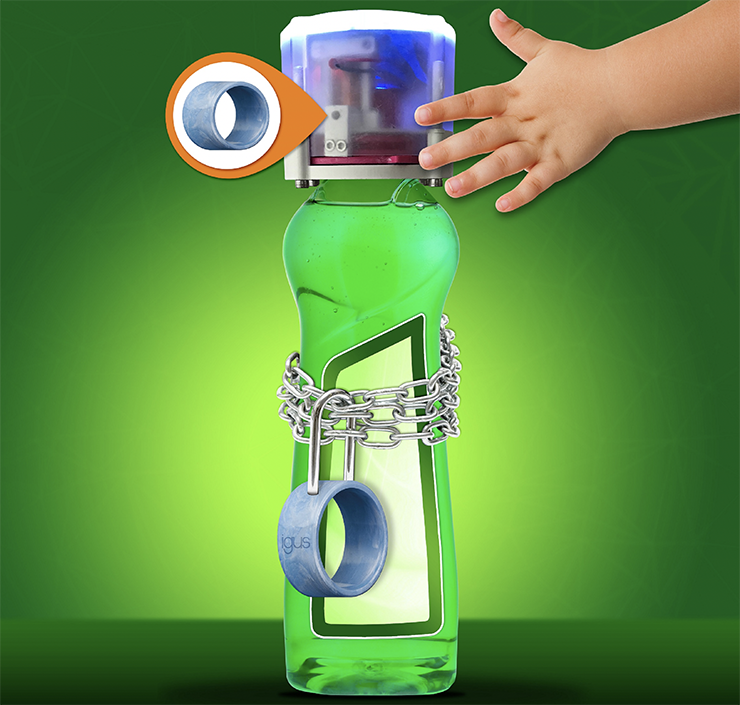 To open the backup, a self-programmed app is used, which gives the device an opening signal after a password request. The actuator is energized by a power control and heats up. The heating deforms the material of the actuator and the pin is pulled out of the fuse. The device can be opened and removed from the bottle. Access to the cleaning agent is guaranteed. After using the cleaning agent, the device is re-inserted over the lid of the bottle and activates the locking mechanism. The device is then protected against unauthorized access and thus prevents children from ingesting the harmful content.

Nearly 94,000 calls are made each year to the Poison Information Center in Germany for burns and intoxication of children due to household cleaners. The students said data from the Federal Institute of Risk Assessment shows poisoning and chemical burns caused by detergents, disinfectants and pesticides are the most frequent causes of accidents involving children between the ages of 7 months to 4 years.

“When researching bottle and canister closures, we were astonished to find that while there are some anti-theft counterfeiting models for retailers, there are no safeguards against accidental or abusive use, other than known mechanisms such as push-and-turn closures,’’ the students wrote on the competition website.

The students’ university, TU Darmstadt, is a research school that was founded in 1877 and now has more than 26,000 students. It was the first university to create a chair in electrical engineering, and its alumni include two Nobel laureates.

Innovative university projects such as child safety lock are supported by the igus® Young Engineers Support program. The initiative supports young students and inventors in the development and execution of their technical projects with free products, expertise and catalogues. Further information on Y.E.S. can be found at https://www.igus.com/info/company-yes-ca.

Device for boat operators is a breeze on the knees

Paul Nowack developed a love affair with the sea at an early age. His knees, back, and joints saw the Flori...

Want to try iglide plastic bearings for yourself? 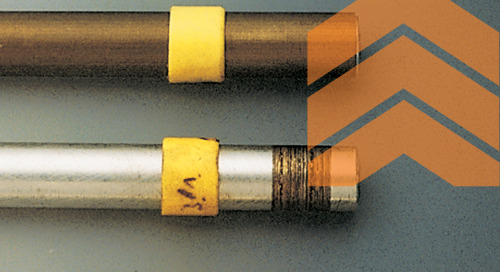 In part 2 of the series we discuss shaft roughness and its effect on complex composite bearings. 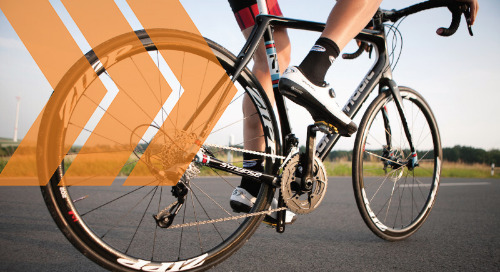 Engineered composite plastic plain bearings are resistant to corrosion and wear and are lighter than metal plain bearings. Read this blog post to learn more. 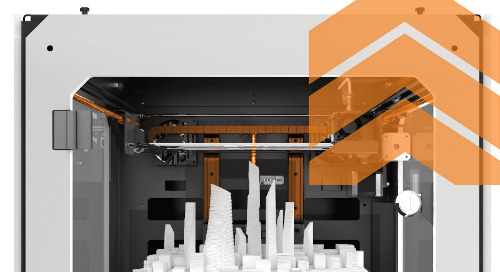 Read about how 3D printers and machine tools compare in sustainability, accuracy and productivity. 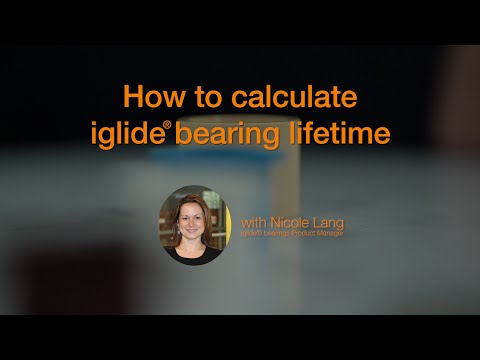 23:20
How to calculate iglide® bearing lifetime

Try out the iglide® service life calculator here: https://www.igus.com/iglidurConf/Iglidur/Step1 Did you know that igus® offers a free online lifetime calculator for its bearings? Watch as iglide® Pro 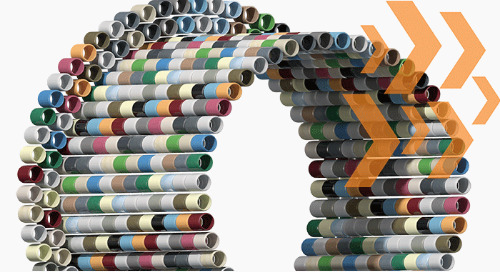 Read about the long and fascinating history behind bearing technology, along with some of the exciting innovations the future has in store. 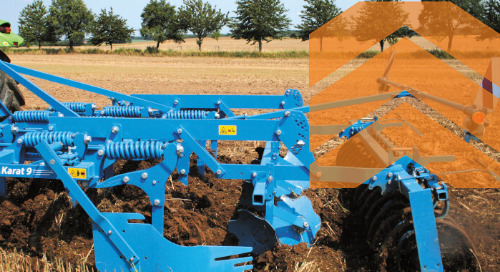 Do plain bearings with large wall thicknesses offer advantages inside heavy-duty applications? I say no. Here's why. 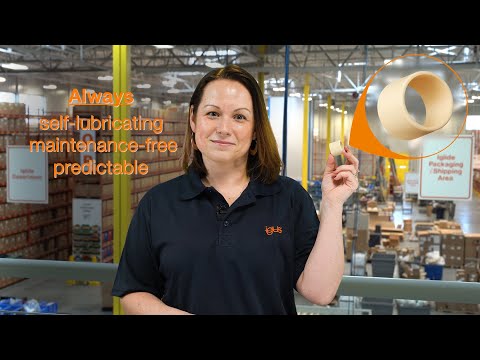 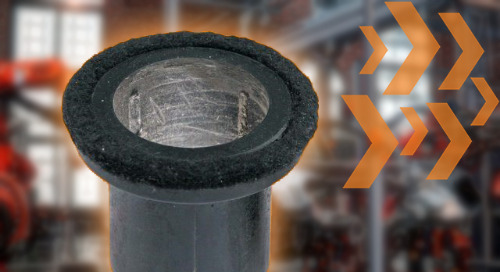 Sealed Bearings: What are the options?

Sometimes the best solution is an antiquated one! This post reviews how a felt ring protects the bearing and shaft and helps avoid hundreds of hours of maintenance. 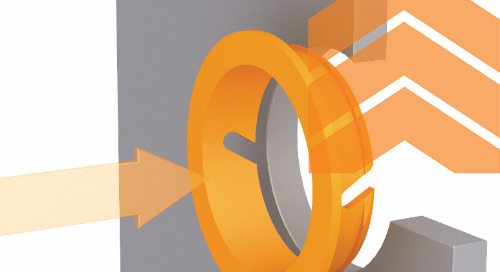 How to Select Plain Bearings for Sheet Metal

Learn which factors make a plain bearing ideal for use within sheet metal despite it being a thin-walled structure. 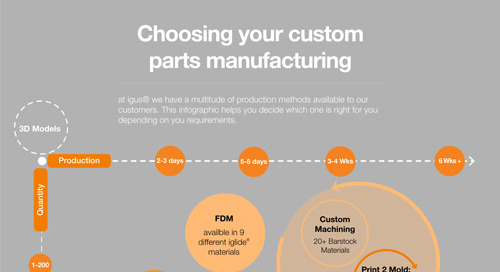 Interested in having a custom part created? View this infographic about the various manufacturing methods available from igus® & discover which is best for you. 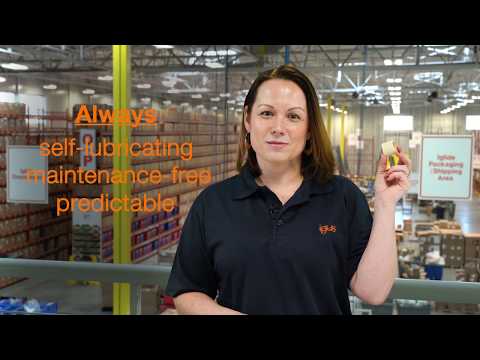 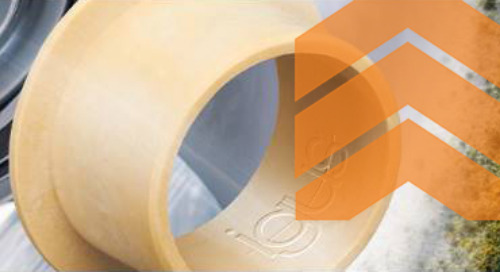 Many engineers are already aware of some of the incredible benefits that engineered plastic bearings provide. However, here are some you may not know of yet! 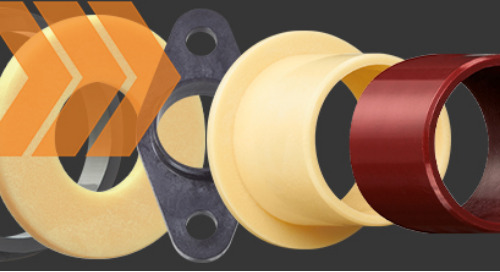 What are the Differences Between Simple and Engineered Plastics?

Learn about the differences between simple plastic & engineered plastic bearings so that you can make the best decision possible when choosing a plastic bearing for your application. 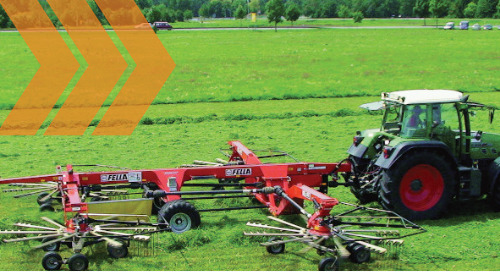 How to Successfully Design a Maintenance-Free Bearing Pivot

There are a lot of factors to consider when designing a pivot, but there's one in particular that's crucial to achieving a successful, maintenance-free pivot bearing. 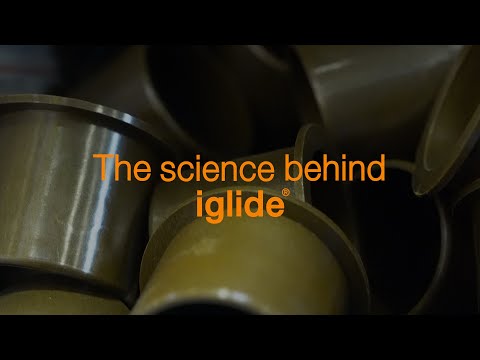 2:14
The science behind the iglide® plastic material

Click here to learn more about iglide® plastic: https://www.igus.com/info/iglide-materials What are iglide® bearings made of? Why are they so wear resistant? iglide® Product Manager Nicole Lang explai 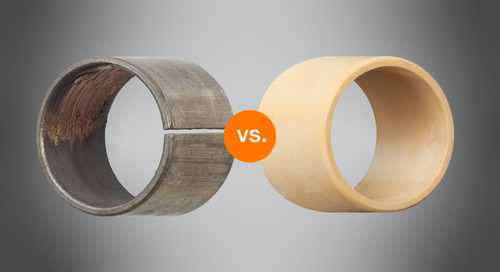 Plastic bearings are now designed to stand up to high speeds and loads, extreme temperatures, caustic chemicals, and a wide range of other application requirements. In this infographic, see the top 5 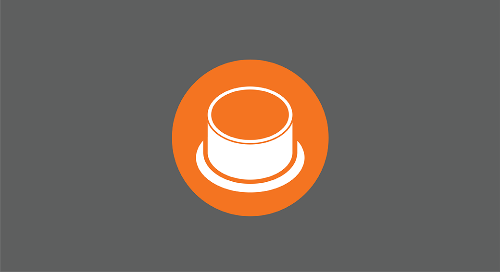 A rapidly growing number of industries have replaced traditional metal bearings with advanced plastic materials. However, some engineers without experience with these plastic materials may be reluctan 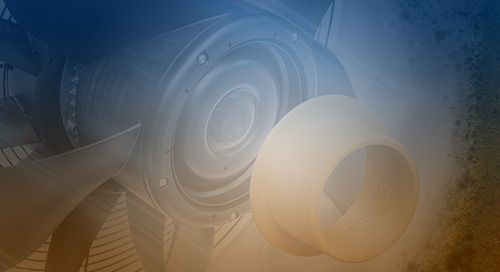 Our high-performance plastic iglide® bearings are self-lubricating, mildew/mold certified, and FAA compliant. They're also quiet running and easy to install. Check out this infographic for more. 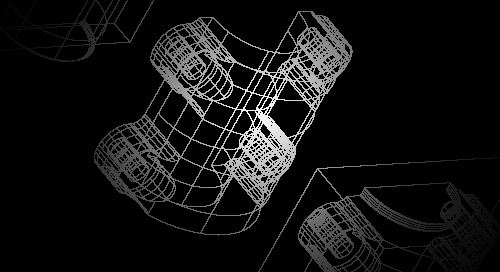 Our SLS-printed parts have been proven to last 3x longer than standard printed components. Check out this infographic for test lab results and to see how easy it is to order your SLS parts online. 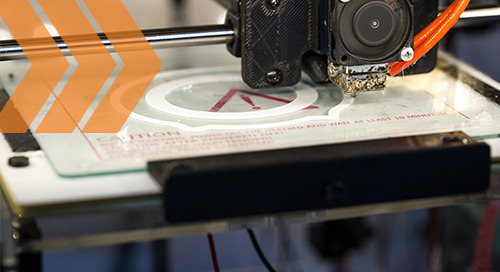 What are the different types of 3D printing?

Learn the differences between the types of 3D printing processes and discover their strengths and weaknesses.