This article originally appeared on https://blog.igus.eu/can-igus-polymers-survive-in-outer-space/

Outer space has always been a fascinating place that mankind has been exploring for many years. All the machines and materials used “up there” have to contend with extreme conditions. In addition to extreme temperature fluctuations, incomprehensible distances and cosmic radiation, there is also a vacuum in space. Two key challenges are discussed in this blog.

Polymers in a vacuum

In most cases, the question of whether a material can be used in a vacuum boils down to the issue of outgassing behavior. Most materials absorb moisture in some form and this varies according to the plastic. This moisture can come from liquids or from the air: if it is absorbed, for example during storage, it can be released again in the vacuum and impairs the quality of the vacuum or the surroundings. For such use, therefore, materials that absorb only very little moisture should preferably be chosen. We recommend here our iglide® T500, which can also be used in vacuum almost without restrictions. 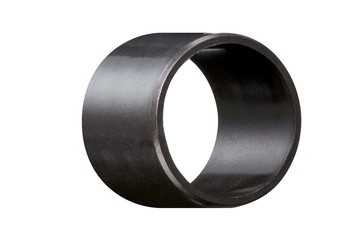 To prove this scientifically, we subjected iglide T500 to an outgassing test according to ASTM E595.

These are excellent results that recommend iglide T500 for use in a vacuum.

Weather conditions in outer space are extreme in every respect. Already in the solar system – and even in Earth orbit – satellites are exposed to strong temperature fluctuations, depending on whether they are illuminated by the sun or are in the shade. The temperature can even drop to -454°F, which is only 37.4°F above absolute zero. However, this temperature is not reached in the satellites, probes, etc., because, on the one hand, enclosures provide insulation and, on the other hand, higher temperatures can prevail on sides facing the sun.

Thus, materials that can withstand extreme temperatures are needed to build machines that will be used in space.

In order to test the material under conditions similar to those in outer space, a test setup was made: iglide T500 plain bearings were installed in an assembly and then moved in liquid nitrogen. Liquid nitrogen is a cryogenic liquid with a temperature of -324.4°F. Even under this extreme influence, the bearing worked without any problems and did not show any particular change.

However, no endurance tests have yet been carried out under such conditions, so this information cannot be included in the catalogue.

Have any questions about iglide plain bearings or materials? Contact an iglide expert here, or call us at 800-521-2747