Paul Nowack developed a love affair with the sea at an early age. His knees, back, and joints saw the Florida man’s passion as a love-hate relationship that grew more challenging with each new ocean adventure.

Nowack combined his passion for the boating with his skills as a machine tinkerer to design Sea Knees, a shock mitigation unit that dramatically reduces the impact on knees and other joints from boat shock caused by waves and chop. Sea Knees are designed for the fast-growing center console boating industry and make for a far more comfortable ride for boat operators.

“It makes it feel like you’re riding on a boat that is 10 feet longer than it actually is,’’ said Nowack, who has lived on the water since 1970. “In the military, they have an expression ‘be fit to fight’ when you arrive at your destination. Sea Knees helps that quite a bit.” 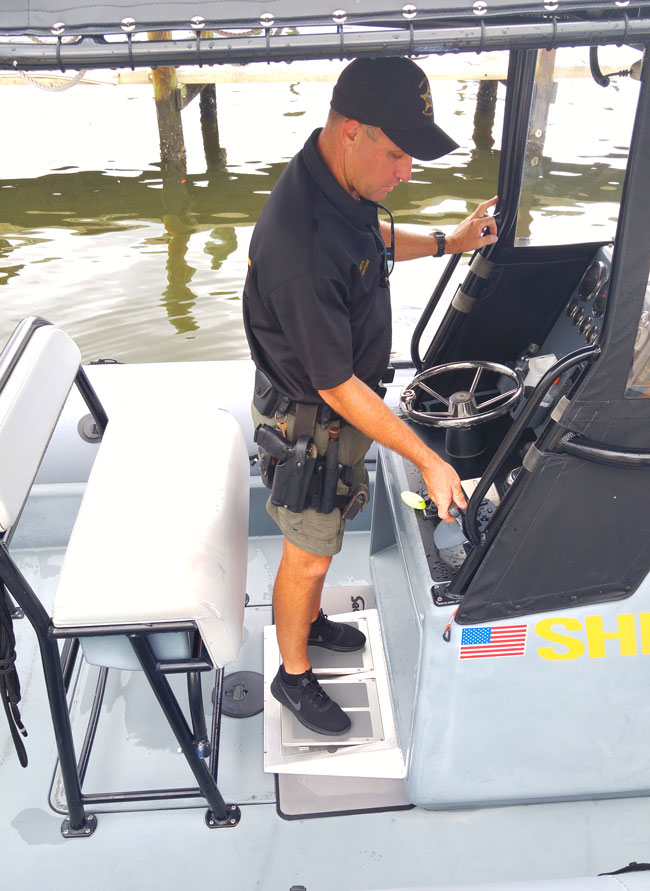 Identifying the problem Nowack was trying to solve was the easy part. The more challenging task was devising a solution.

“The biggest thing was trying to make this simple,’’ he said. “It had to be small and compact so that it could fit in most boats. I also had to steer away from pneumatics and hydraulics. A boat is not a friendly environment in salt water. Anything with small motors, cables and retrofitting them would have been a challenge and maintenance nightmare.”

Nowack’s model includes a platform upon which the boat operators stand. Under the skid-proof panels are compressive devices that hinge and swivel to reduce the impact on the legs. The compressive units hinge on plastic bearings.

“The bearings are taking the brunt of the impact,’’ he said.

The bearings in Sea Knees are manufactured by igus® Inc. Each Sea Knees unit includes eight igus® bushings, to help mitigate the shock from the ocean surf.

The igus® iglide® R bushings offer low absorption and low coefficients of friction. The bushing also has a thick wall – it has a density of 1.39 g/cm3  and offers superior chemical and moisture resistance, which was essential for Nowack’s application. Perhaps most importantly for Nowack, the unit costs about 80 percent less than the bushing he had been using before switching.

“I had used a similar bearing but it was a different material,’’ Nowack said. “What I liked about the bearings were that they were maintenance free and I knew they would work well in salt water. You can get a lot of nasty stuff in the ocean. We needed a bushing that had long life, didn’t require maintenance and could stand up to salt water.” 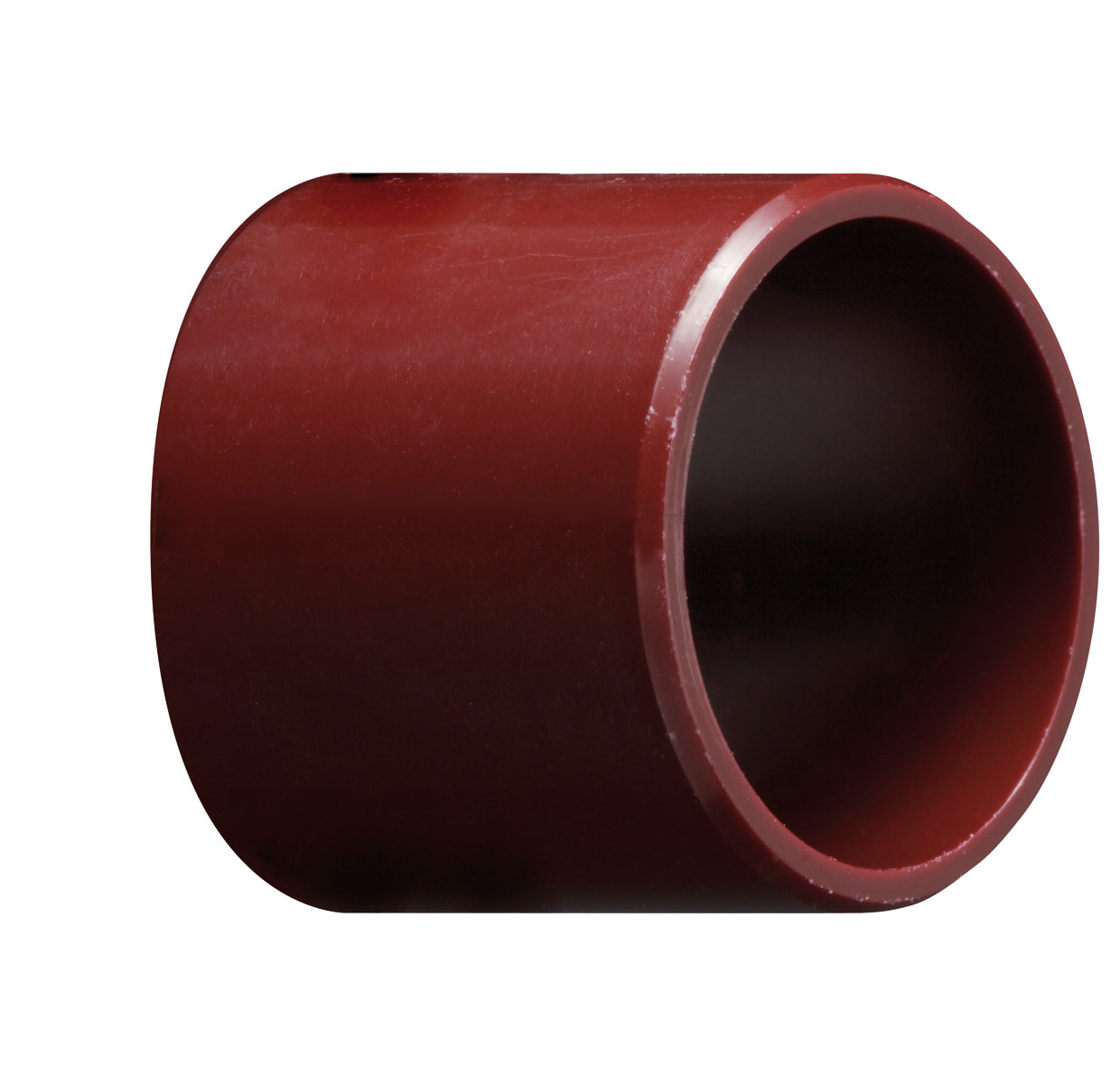 Nowack conducted testing of gravitational forces to gauge the benefits of Sea Knees. He searched the internet for a device before coming across a $100 product made in Germany that is used primarily in the freight industry to determine the amount of shock a product endured during shipping. In Nowack’s testing, he came away astonished by the results.

“It’s nice to feel the difference, but it’s better to document it,’’ he said. “Being able to document the results is critical.”

In testing, boat operators and a mate traveled for five minutes in 3-5 foot seas with winds around 13 mph. The boats traveled at about 30 knots – about 34 miles per hour – and both people were fitted with G-force measuring devices that measured data across three axis – left to right, vertical, and front to back. In every measurement, G-force impact was reduced substantially with Sea Knees.

In one particularly harrowing moment, the G-force without Sea Knees surpassed 8 – which is more than Apollo 16 astronauts absorbed on re-entry into the atmosphere in 1972 – and fighter pilots often have to endure G-forces of 8-9.

“I was pleasantly surprised when we reviewed the data,’’ Nowack said. “I knew it was making my knees and joints feel better. Having the data to confirm it was a huge part of the project.”

Boat operators have been searching for shock mitigation systems for years. Some solutions have been developed for people who sit while guiding their boat, but center console boats have become much more popular in recent years. Center console boats represent more than 50 percent of all saltwater fishing boats, according to the National Marine Manufacturers Association. Sales of saltwater fishing boats climbed 34.8 percent in 2014, and have continued to remain strong. 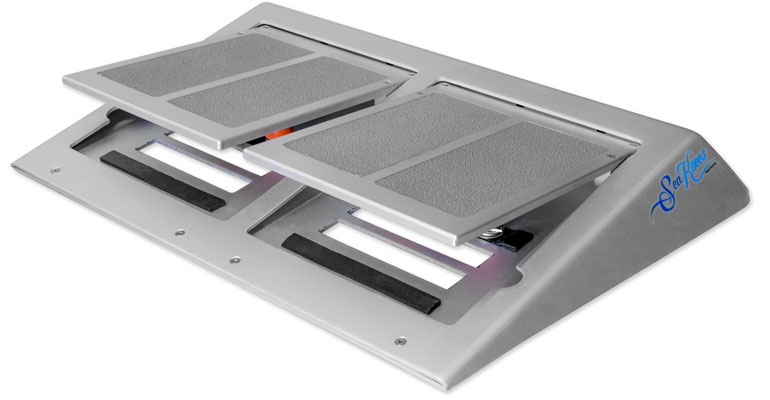 Sea Knees offers permanent and portable models and can be made in single and double units. Nowack said he started designing the product about 30 years ago, but couldn’t dedicate extensive development to it until after he left full-time employment. Now he has a product that protects joints of his seafaring colleagues and makes for a far more enjoyable ride.

“With this product still on my mind and the center console business booming, where the majority of boat operators stand, I decided to give it a try,’’ Nowack said. “I knew that this product would work. This is an economical and effective way to reduce shock.”