Spanning across the Piscataqua River connecting New Hampshire and Maine, the Portsmouth Memorial Bridge was built in 1923 as an official tribute to the New Hampshire sailors and soldiers of World War I. Being considerably historic, the bridge was eventually deemed to have a design of the past, as it manifested safety hazards. It was demolished in 2012 and a new design with 21st century engineering was built.

The main focus of the new construction plan was to increase reliability, reduce costs and eliminate maintenance. Particularly in the lift mechanism, a more durable and high-performing system was sought. The module raises the center of the bridge to allow for passing boats and shipping vessels, and it travels a total of 128 feet vertically at an average speed of four feet per second.

Updates inside the lift mechanism were made with the inclusion of e-chain® cable management systems from igus®. The e-chains® were custom designed with the help of the igus® project engineering team. A variation of the E4 energy chain was selected for the application, which provides stability, quiet-running operation, fast assembly and high load capacity—even when any shear forces are at work due to the unique tongue-and-groove design.

The e-chain® cable carriers successfully resist harsh New England weather, such as wind, rain and heavy snow, as well as UV and chemical exposure. The technology is a cost-reducing and more reliable system in comparison to the previous solutions. With the e-chain®, the igus® team also developed a first-of-its-kind truss system, which enables faster lift-cycle times in the lift mechanism. The system does not use gusset-plates, which increases visibility for the operator, reduces the number of operators required and enhances safety. 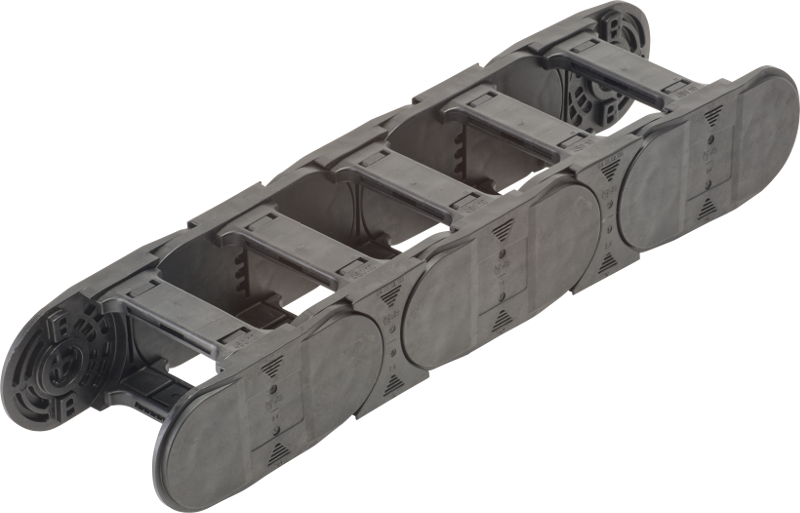 To house the e-chain®, the igus® project engineering team worked with the bridge design and maintenance teams to create an exceedingly custom-built metal trough. The trough helps maintain durability under wind, seawater and UV exposure. A custom weather-seal brush system was also installed to keep icing to a minimum and prevent any hindrance of free movement. Upon request, the trough system was designed for a 50-year lifespan.

Inside the bridge’s original cable carrier system, droop cables were used. These cables are typically very expensive, as they combine several cables into a single jacket to deliver all energy types. They also require extensive testing, to the point where many project proposals will outline the fill test procedure as part of the initial agreement. Since they are custom-built for the project at hand, droop cables also tend to have extensive lead times, which can back up deadlines and further increase costs. The droop cables in the Portsmouth Bridge caused frequent breaks and damage under the lifting mechanism’s repeated movement.

The drawbacks of droop cables led to the use of pre-harnessed chainflex® continuous flexing cables in the new system. CF300 and CF34 motor cables, CF9 control cables and CFLG fiber optic cables are installed. These were selected from over 1,200 chainflex® options to achieve reliability, required hanging length, high bend radius and resistance to environmental conditions of the application. Prior to installation, the cables were batch-tested by igus® in real-world settings, for over billions of cycles, to ensure fail-safe engineering.

The finalized Memorial Bridge opened in August 2013. It includes biking and pedestrian lanes, and is proposed to be made a part of the East Coast Greenway, a bike and walking path stretching from Calais, Maine to Key West, Florida. With its modernized technology, the bridge will make a new name for itself throughout the next several years, but the remaining century-old memorial plaque will keep its original foundation evergreen. 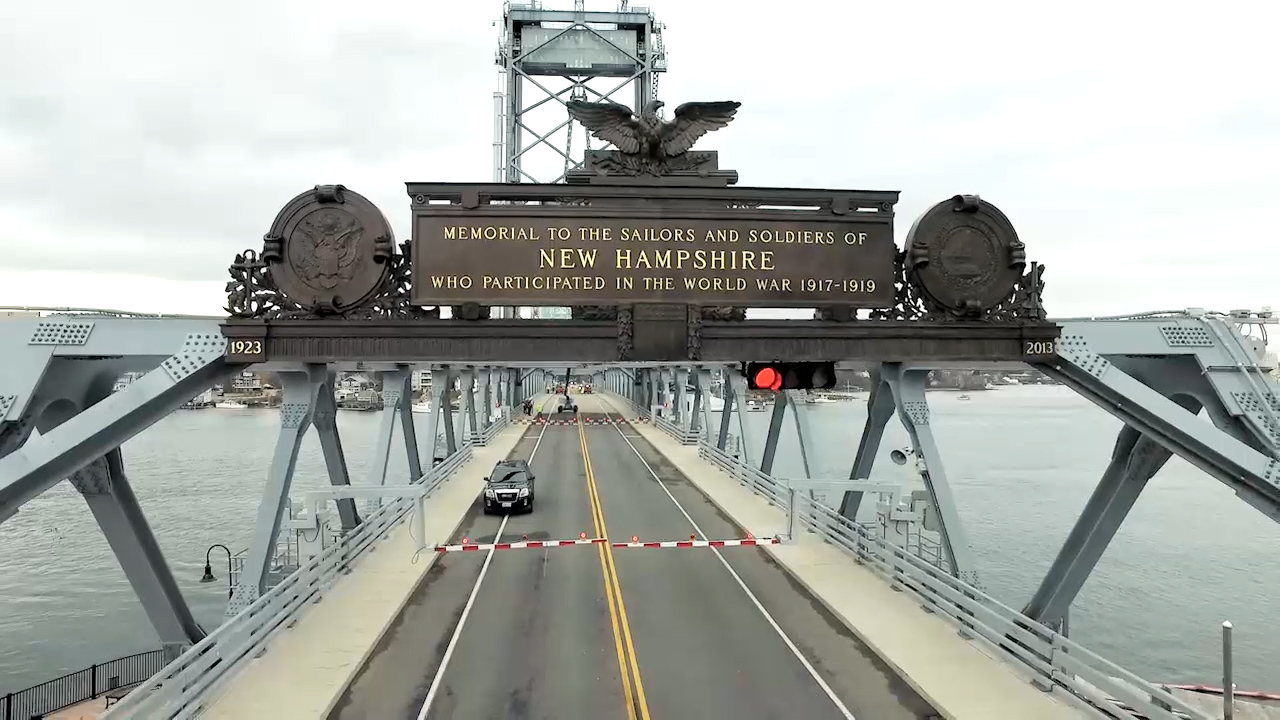 For more information, check out the video testimonial or visit igus.com/echain.