An infection-control startup that has offices in Toronto and Buffalo has developed a device for hospitals that uses UV light to kill 99.999 percent of MRSA (Methicillin-resistant Staphylococcus aureus) on smartphones, tablets, badges and other portable items – and it does it in just 20 seconds. 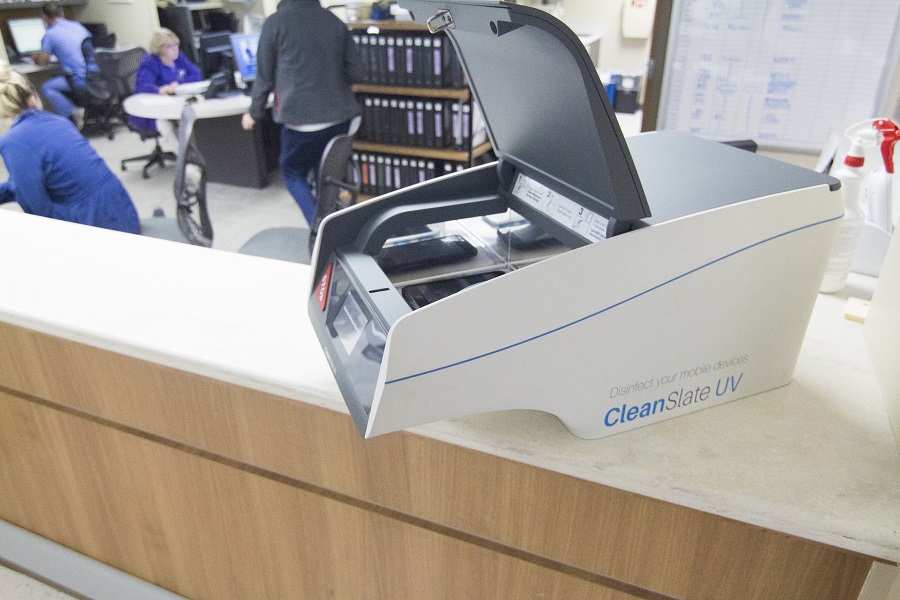 Cell phones have been described as “bacteria cocktails,” and that’s hardly an overstatement.

One study found that 94 percent of cell phones used by hospital staff were contaminated. Another study reported that 89 participants in one medical workplace were aware that mobile phones could be a source of contamination, but only 13 of them disinfected their phones regularly.

“Yet, staff and visitors wash their hands and then immediately touch these dirty devices,” Anand said. “This puts patients and staff at risk and existing chemical solutions have not been an effective tool to solve this challenge.”

Members of the CleanSlate UV team already knew about the hazards presented by cell phones and mobile devices in healthcare environments. One of its co-founders contracted a hospital-acquired infection (HAI), and, according to Anand, another is a “germaphobe.”

The startup’s engineers and product designers worked for nearly 10 months to design the first generation of the sanitizer. Subsequent generations have taken nearly a year to complete.

“Designing the device is one thing. Getting it into case study trials, peer-reviewed studies and mass manufacturing is another,” Anand said. “We’ve learned some good lessons along the way.”

CleanSlate UV also received feedback from healthcare providers as it sought to refine the design and application for the technology.

“Their feedback led to meaningful product design and user interface improvements,’’ Anand said. “They helped prove how valuable the technology can be to patients and visitors, not just to clinicians.”

The CleanSlate UV Sanitizer is easy to use and does not require any training.

The user simply places a mobile device onto a movable slot that transports it into a UV chamber. Then, the user closes the lid and waits 20 seconds for the sanitizer to disinfect your device. Once completed, the lid opens automatically, and the mobile device can be removed with clean hands.

The sanitizer uses short-wavelength ultraviolet light (UV-C) to destroy nucleic acids and break apart germ DNA, which prevents them from being able to function or reproduce.

The device can sanitize multiple items at once and it includes RFID-enabled tracking and compliance auditing. The UV-C light does not dry out or degrade materials, which happens with chemical wipes, and can be safely used on a variety of devices with no risk of damage.

The CleanSlate UV Sanitizer can be used in healthcare facilities, biotech manufacturing sites and even food processing plants.

Anand said the CleanSlate UV team faced several significant challenges in designing the device, including “the lack of a uniform standard by which countertop UV solutions would be judged.”

“This was in large part due to the infancy of the market, and we found that a lot of other solutions had cut corners or taken the ‘easy route’ because people may just not have known better,” Anand said. “Trying to determine where it was important to improve – versus what was ‘good enough’ for most customers – was sometimes difficult given the number of stakeholders in healthcare.”

The sliding chamber was a critical component. Engineers found a self-lubricating and maintenance-free solution from igus®, the Germany-based manufacturer of motion plastics that runs its North American operations out of East Providence, RI.

“During the initial R&D stage, we discovered that the UV lights must be on and warm for effective sanitization in 20 seconds,’’ Kevin Wright, the Canadian sales manager for igus®, said. “Since the UV light is dangerous to human skin and eyes, we had to design a moving chamber that transports the device into the UV chamber when the sanitization was initiated by the user. It was important to have a bearing system that was extremely quiet, especially in the evening shifts where any noise from the devices can be disturbing to the patients and staff.” 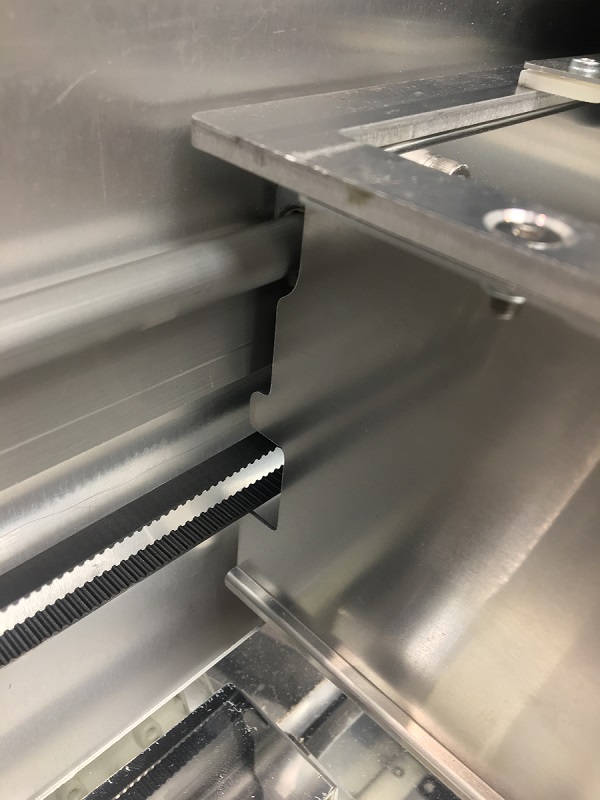 The system includes linear rails called drylin W® that slide instead of roll (pictured right). They are cost-effective and a highly-flexible installation option.

“We used roller stainless steel bearings, but due to the metal contact between the ball bearings and guide, the carriage made noise that was beyond the acceptable limits in the hospital settings,’’ Anand said. “Furthermore, the friction caused due to non-rolling motions would result in more work for the motor, adding to stress to the system.”

Anand said in life cycle tests the steel bearings failed upon reaching 10-20 percent of the expected life of the sanitizer.

“Reliability was utmost, as any downtime due to CleanSlate-device breakdown would result in ineffective sanitization of mobile devices using chemical wipes, which could damage or degrade the electronic devices used in hospitals,’’ Anand said.

The system could not include lubricants either since it is sold in hospital and food processing facilities. drylin® W linear rails are dry-running, which makes them resistant to dirt and dust, and are typically used in agricultural machinery, vehicle construction, packaging, furniture and robotics.

A Clean Bill of Health

“So many people come to a hospital every day,” Josée Shymanski, Manager of Infection Control at Montfort Hospital in Ottawa, said. “Having this type of machine available for them to use reinforces the message that hygiene is important.”

With the CleanSlate UV Sanitizer, more than 40 hospital systems, biotech companies and food processors in the United States, Canada, Australia and Hong Kong are making significant strides in reducing the number of pathogens found on mobile devices.