In the world of automation, AI and robotics are the hottest topics. Nearly any discussion about automation eventually makes its way back to them. Rarely, however, is robotics process automation (RPA) talked about. This blog will do just that, discussing how RPA came about, when and why it’s used, and how it stacks up against AI.

RPA is a form of automation that got its start in the 90s, originally being used for automated user interface testing1. It’s a rule-based form of automation, relying on a set of specific parameters to carry out tasks. It’s fully software-based, so no physical robots or other automation devices are necessary for RPA. Even better, extensive coding is rarely, if ever, required to set up an RPA bot.

Since RPA requires specific rules to be laid out, and can’t deviate from them or adapt based on context, it can only be used for concrete tasks that don’t require analysis, such as copying and pasting information, moving files, or processing returns for online orders2. This may give the impression that RPA is a low-value prospect, but it can actually provide cost savings of around 40-70%3. Human workers are much more likely to make errors that can prove costly over time, whereas RPA avoids these mistakes while performing tasks faster than humans could in the first place. Human workers are then free to work on more creative, high-level tasks not fit for automation.

How does RPA differ from AI?

A somewhat common misconception about RPA is that it’s the same as AI, or an application of it. However, this is not the case. While similar, the two have key differences that set them apart and dictate which applications each can be used for.

It’s easiest to think of RPA as mimicking human actions, and AI mimicking human intelligence/decision making4. RPA is strictly rule-based, meaning unlike AI it can’t adapt to new situations based on context or learn new behaviors. It can carry out repetitive tasks quickly and accurately, but without specific rules RPA can’t function. Since AI focuses on creating a robotic intelligence based on human decision making, it can make logical decisions based on information and context with minimal oversight. With this in mind AI may seem like the clear-cut “winner” between the two, but both RPA and AI have their place in automation.

Finally, it’s important to see the bigger picture and understand how RPA can be integrated with AI to create fully autonomous systems that fully take advantage of each technology. One possible implementation is an automated mailing system. AI could analyze emails that come in, sorting them based on topic, urgency, and sender. Then, RPA could be used to automatically send out pre-written response templates based on how the AI sorts the emails4. Processing insurance claims is another possible implementation. RPA can be used to extract data from insurance claims, and AI can analyze the data to detect signs of potential fraud5. 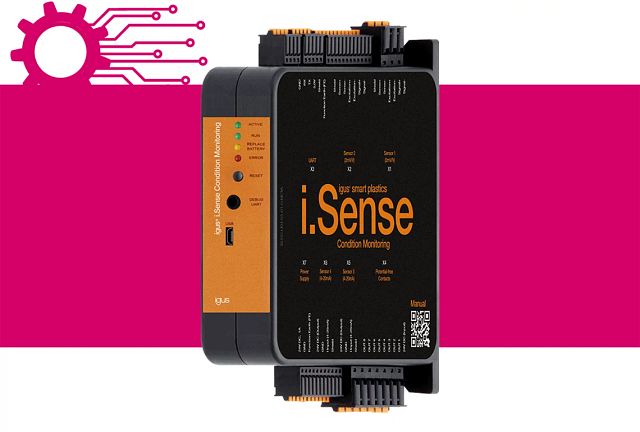 Automated manufacturing solutions could benefit greatly from intelligent automation as well. AI is already used heavily in the industry, especially in condition monitoring and predictive maintenance systems. Data is constantly recorded and analyzed to determine when a machine will need maintenance. Systems like i.Sense condition monitoring from igus® can even utilize RPA to automatically shut down a machine if data values fall out of an acceptable range to prevent severe damage from occurring. If your automation solution makes use of robot control software, then RPA can even be used to automate software inputs as well.

RPA is a simple and effective way to begin your automation journey. Get those boring and repetitive tasks off your plate and focus on something more thought-provoking and creative, and save money doing it.

5: What is RPA? Robotic Process Automation