Have you ever wondered why most cable conductors are made of copper and not another conductive material, like silver, gold or aluminum? And what's up with gold-plated plugs? Read on to discover the answers. 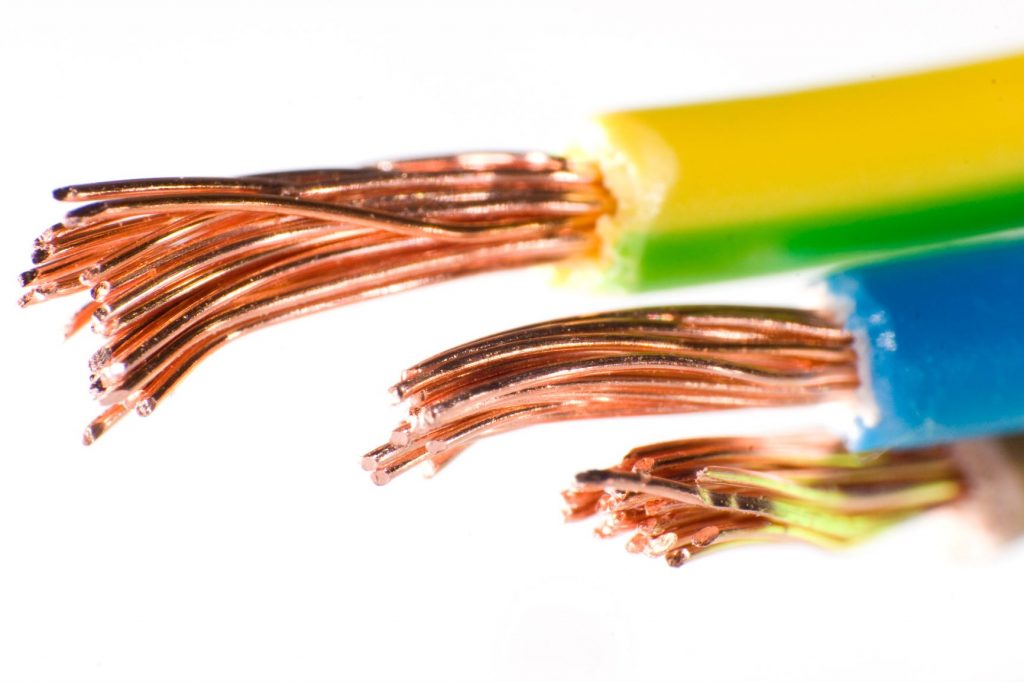 If we look at our cables very simply, in most cases they consist of several wires and a jacket that hold these wires together. The wires are also connected to a plug or end consumer. The wires consist of a conductor, which is responsible for the flow of current, and insulation that covers the conductor. This serves to ensure that the current does not get into the other wires of the cable. If the conductor consists of several wires, it's called a strand. In most cases, these are made of copper.

Why not use aluminum as a conductor material?

To conduct electricity, we need a conductive material. These materials include silver, copper, gold and aluminum.

But what does conductivity actually mean? Conductivity is the degree to which a specified material conducts electricity. You could visualize it as a tube, at which the cross-section is tapered at one point. The taper represents the resistance of the conductor material. If the voltage remains constant, the current will decrease. That means you have a lower conductivity.

We always want the best conductivity for cables, but there are other factors that play a role in the selection of the conductor material, such as durability and price.

Although aluminum is the cheapest material, it is rarely used as a conductor material. In terms of stability, aluminum cannot compete with copper. The wires of the braid can break faster, which significantly reduces the service life.

However, there are applications in which aluminum offers more advantages over copper. Overhead conductors, for example, are often made of aluminum. These are the cables that run across the country via large high-voltage pylons. The advantage here is clearly aluminum's lower weight.

Why not use silver or gold as a conductor material?

Silver and gold are simply too expensive to use as conductor materials. In an industrial plant, for example, several miles of cable are quickly required to control sensors and actuators. The budget of such systems would skyrocket if the cable conductors were made of silver. In addition, the conductivity of gold is significantly worse than that of copper.

Why copper is used as a conductor material

Although the price of copper is variable, there is no real alternative in terms of value for money. Copper offers everything that a good conductor material should have. It is not only cheaper than most of the other materials but also offers very good conductivity. The material is easy to process thanks to its soft texture, making it very well suited for our cables, which are immensely strained during movements in a cable carrier. Because of these properties, copper has established itself as the standard material for stranded conductors.

But why are gold-plated plugs used?

As we have already learned above, gold has a lower conductivity than copper. However, the electrical contacts in a plug are partially gold-plated. Why?

Copper, and also silver, tend to rust when exposed to air. When that happens, a layer forms which can no longer conduct the current properly. The heat generated by this can lead to a fire in the connector. Covering the contacts with a thin layer of gold avoids this risk. Gold oxidizes just like copper or silver, but the oxide layer is much better in terms of electrical conductivity.